Will Candy, Analyst at GlobalData, comments: “Over the past six to seven years an increasingly competitive sportswear market and exponential rise in the sales of soccer merchandise has spurred huge rises in the value of kit supply agreements in Europe. While the European soccer kit supply market as a whole has increased by roughly 50% in value during this time, Europe’s ten super giants have all signed new agreements in the past five years and driven an average increase of over 200% in value on their most previous kit supply agreements, widening the commercial gap between themselves and the rest of Europe’s soccer clubs.” 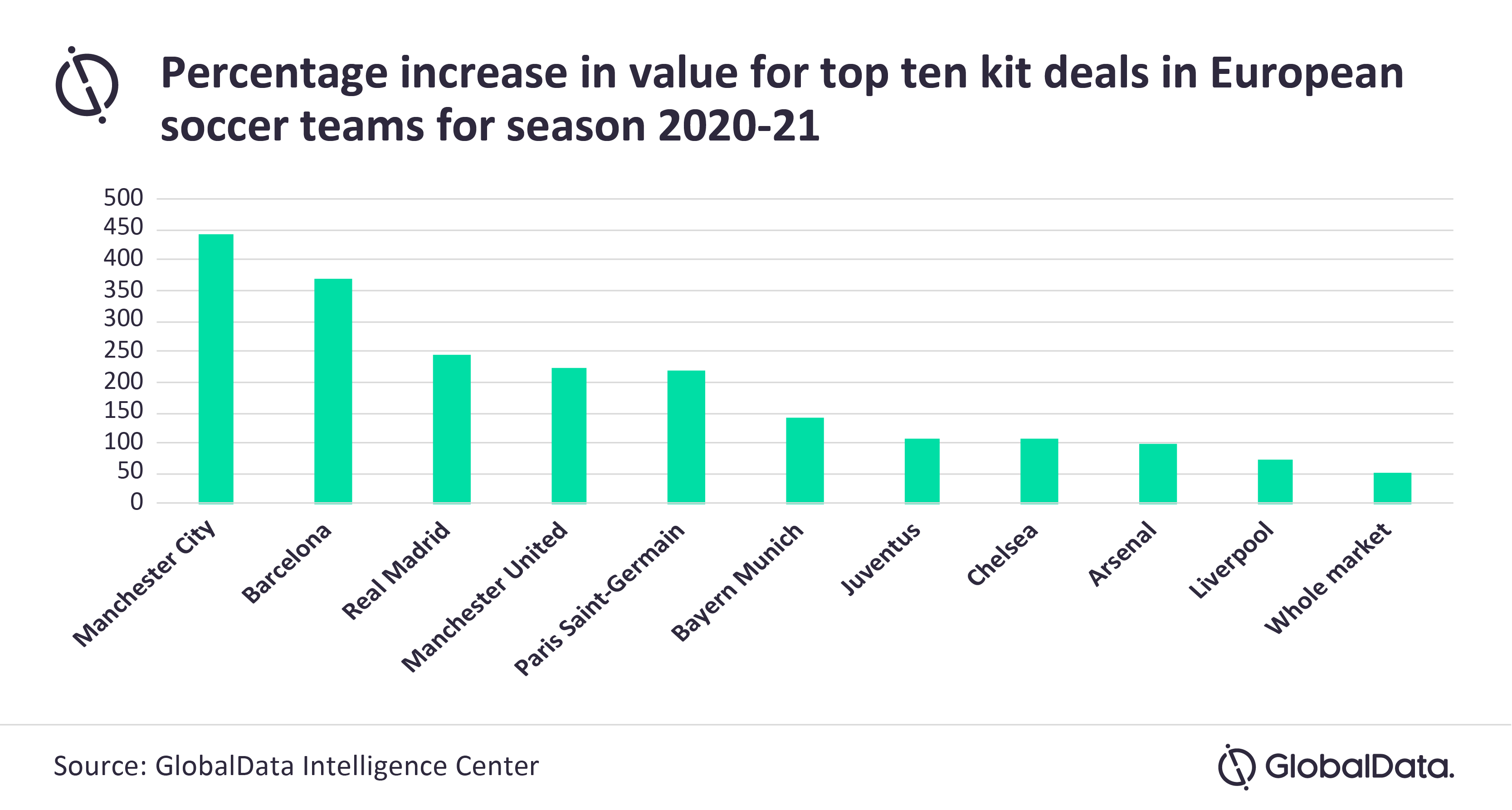